A Word from Your Pastor - Ascension

22 May 2020
A Word From Your Pastor - Ascension Weekend
(click here for an audio recording of Msgr. Enke reading this reflection)
From a sermon by Saint Leo the Great, pope
“Beloved, the days which passed between the Lord’s resurrection and his ascension were by no means uneventful; during them great sacramental mysteries were confirmed, great truth revealed. In those days the fear of death with all its horrors was taken away, and the immortality of both body and soul affirmed. It was then that the Lord breathed on all his apostles and filled them with the Holy Spirit; and after giving the keys of the kingdom to blessed Peter, whom he had chosen and set above all others, he entrusted him with the care of his flock.
During these days the Lord joined two of his disciples as their companion on the road, and by chiding them for their timidity and hesitant fears he swept away all the clouds of our uncertainty. Their lukewarm hearts were fired by the light of faith and began to burn within them as the Lord opened up the Scriptures. And as they shared their meal with him, their eyes were opened in the breaking of bread, opened far more happily to the sight of their own glorified humanity than were the eyes of our first parents to the shame of their sin.
Throughout the whole period between the resurrection and ascension, God’s providence was at work to instill this one lesson into the hearts of the disciples, to set this one truth before their eyes, that our Lord Jesus Christ, who was truly born, truly suffered and truly died, should be recognized as truly risen from the dead. The blessed apostles together with all the others had been intimidated by the catastrophe of the cross, and their faith in the resurrection had been uncertain; but now they were so strengthened by the evident truth that when their Lord ascended into heaven, far from feeling any sadness, they were filled with great joy.”
My own personal wish for all of you, on this Ascension weekend is that you also will be filled with that same joy the apostles knew centuries ago.
God bless,
Msgr Enke 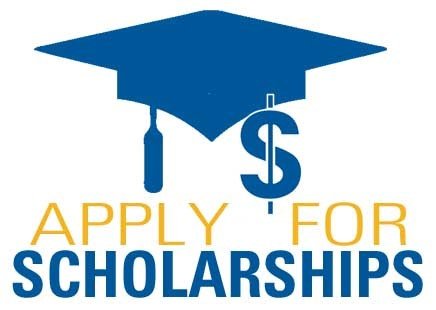 Check it out, new articles each week!

Please patronize our sponsors! They cover the printing cost of our bulletins.

WE ARE UPDATING OUR CENSUS INFORMATION

Do you have adult children - who fled the nest?
ADULT Children over 25 yrs ~ Please contact the parish office or email barb@saintedwards.org if your young-adult children have moved out of the house. Around 25 yrs old is the age from the Diocese to have them register on their own. If they no longer live in the area please let us know so we can update our records.
FAMILY CONTACT INFO
Do you have a new email address? Cell phone number? Cancelled your land line? Have you moved? Help us to keep our parish membership information up-to-date!
NEW Way to update your information:
Log into MY OWN CHURCH Our Parish Soft Census and update your family information. Click on New User link to set up an account. New User Registration Form will display.
~select “St. Edward the Confessor Church, Granville” for Organization.
~complete Steps 1 -3 on the form.
Required fields are marked with a red asterisk: *.

Bishop Robert J. Brennan to celebrate the Baccalaureate Mass for all Catholic seniors in the Diocese of Columbus on Wednesday, May 27, at 7:00 pm. Bishop Brennan is honored to share in the Holy Sacrifice of the Mass and offer his message of love and support to the Class of 2020, their families and our diocesan community of faith.  A brief video highlighting our 11 diocesan high schools will be shown before Mass begins.